This is an excerpt from our most recent guide “What is Insurtech? And Why The Insurance Industry Should Take Immediate Notice”

When compared to other sectors of “big business,” the insurance industry has—at least historically speaking—been left to operate uninterrupted, out of reach from the aggressive startup movement that has radically transformed and reshaped so many other industries.
This simply isn’t the case any longer.
Over the last three years, in particular, startup funding has increased dramatically. In fact, according to a recent PWC report released last year, 90 percent of insurers say that they fear they will lose business to startups as investments in InsurTech has increased five-fold.
To understand why the InsurTech marketplace has seen such explosive growth over the past few years, we need to understand the competitive forces that are most significantly impacting the insurance sector as a whole.
For the purposes of this post, let’s go over the five, key forces we need to understand:

Needless to say, traditional insurance companies are at a crossroads. And judging by the number above, most have made their decision.
But, who are these InsurTech startups?
Let’s take a look.

There is an ever-growing laundry list of startups currently taking aim the insurance sector and that doesn’t even count other FinTech startups who are attempting to do the same thing!
Some are taking aim at auto insurance, exclusively.
Not to be outdone, here are eight more hoping to disrupt the life insurance market.
You get the idea.
Yet, there are a handful of startups, in particular, that are making waves early in 2017:

Obviously, this is but a small sampling of the types of startups who are benefitting from an influx As you may already know, of investment dollars (and clearly for good reason). If you want to learn more about insurTech, you can download the full guide for free here: “What is InsurTech? And Why The Insurance Industry Should Take Immediate Notice”.
Sources: http://insights.instech.london/post/102d2yk/24-companies-shaping-instech-globally

Ready to take your business paperless? Sign up to get a 14-day free trial on a Signority eSignature Plan! 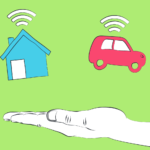 Using Chatbots to Grow Your Business 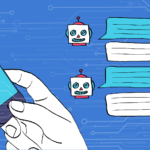