One of the best ways to get ahead of the game in for a women in tech, is attending conferences and gatherings on the topics you’re interested in. As a female in tech, this could mean you finding yourself surrounded by an audience consisting of more than 80% male. For many, it can be daunting, intimidating and dealing with prejudice is almost a given.
Why choose All-Women-in-Tech conferences?
There are many reasons why women in technology should choose to go to conferences, with the top reasons being: a chance to learn industry best practices, career advancement and networking opportunities. That being said, we can find so many other reasons why you should go to one as soon as possible. Some of them are:

So basically, all-female conferences are just as good as mixed-gender ones, except being surrounded by like-minded females, which are more likely to have the same problems juggling housework and career. Which are the best groups and conferences to attend in 2017 if you are a woman in tech? Let’s see!

The Grace Hopper Celebration of Women in Computing conference is the world’s largest gathering of women in tech, it is organized by the Anita Borg Institute and will be held on the 4th– 6th October of 2017 in the Orange County Convention center in Orlando, Florida. It has been going on for almost 15 years now and its aim is to raise awareness of the contribution of women in the computing world. With its focus on topics such as Artificial Intelligence, Data Science, Software Engineering and Security/Privacy, the conference offers professional development for its attendees through the means of mentoring and collaborations.

The Women in Tech Summit

With a combination of hands-on workshops, networking and multiple career discussions with other women in the technology field, the Women in Tech Summit conference’s main goal is to inspire, educate and connect their attendees to one another. There are multiple editions of it, so if you can’t make it to one of them you can always get to another one. The dates are as follows:  Washington D.C on March 24th, Philadelphia on 21st and 22nd of April,  Boston on July 22nd and finally, Raleigh-Durham on November  11th.

Fortune’s The Most Powerful Women Summit 2017

Fortune’s The Most Powerful Women Summit 2017 gathering is built specifically for inspiring women, with speakers sharing their road to success. On October 9th-11th in Washington D.C, you will have some of the biggest names in the technology world and beyond answer your questions about how you can reach the same levels of success. Past speakers have included now-ex first lady Michelle Obama and many more.

Currently in their 23rd edition, WITI Women in Technology Summit 2017 conference is one of the most important meetups for women in technology. Held in Silicon Valley on June 11th-13th, You will find yourself in the midst of top women executives, entrepreneurs and thought leaders. The WITI gives you the opportunity to collaborate with peers on innovative solutions for some of the most pressing problems, explore new business opportunities and make new connections.

Organized as a friendly fireside chat, along with some workshops and discussions, the 2017 InnoTech Women in Tech Summit focuses on keeping you and IT relevant. Held in Dallas on Wednesday, April 26th, some of the main topics that will be discussed during this meeting will be: IT leadership, operations and digital transformation, analytics as well as how to embrace digital disruptions.
Looking to take your business paperless? Sign-up now and get free access to Signority’s Business Plan for 14-days. 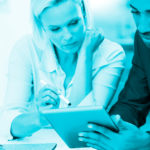 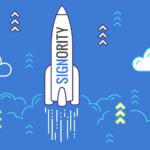 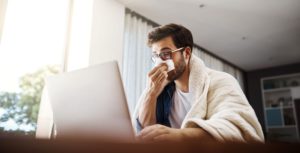 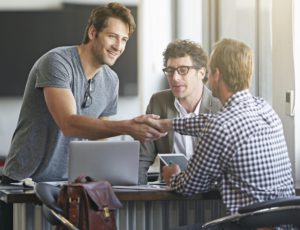 Millennials At Work: How to Manage the New Age Workforce